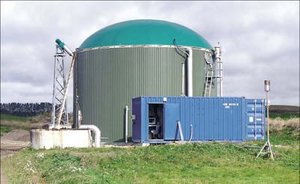 Industrial power & energy plants are suitable for industries with large amounts of organic wastes, such as the coffee and cocoa industries, where they can replace generators and/or make the industry plant independent of grid power. At the same time they will get rid of the waste and produce a bio fertilizer for local use or sale.

An industrial plant producing e.g. 1 ton of organic waste per hour, can get up to 1 mW of power from that waste.

These plants can be based on different techniques, depending on the type and availability of bio-resources and the need for power and energy.

With wet wastes, the plant could benefit from anaerobic digestion (biogas) and produce not only heat and power (and fuel for engines), but also produce excellent fertilizer from the wastes that today often represent a problem to get rid of as well as an environmental problem.

Similarly, in countries with abundance of bio resources, power plants for cities and towns could be based on biomass instead of e.g. oil. Such power plants would not only provide power, but also provide extensive production of biomass and thereby contribute with employment. In addition, the power plants would produce fertilizers for farmers.

Many cities and towns suffer from too much waste and too little power. By using  pyrolysis/gasification techniques, the Municipal Solid Waste (MSW) can be turned into a resource for a power plant, thereby contributing to resolve both the waste problem and the lack of power. Similarly, the sewage can be used to produce biogas that can be used for production of power or used as fuel in buses and cars. The treated sewage can be used as fertilizers.